Ten years ago, in 2007, there were a few places we loved to go that maybe weren't the kind of place to write home about. You know- the places you didn't intend on going but at midnight, there you were, having a good ol' time despite your intentions.

Back in 2007 we were going out 8 days a week and l-o-v-i-n-g it. We begged the DJ to play Britney's Blackout album in its entirety (they didn't), waved our flip phones around taking badly lit, grainy photos and were hangin' on real tight to our knock-off bags.

We tried minding our own business most nights and by the grace of Ed Hardy, we made it out before the fists could fly.  It was wild times; everything your 20s should be!  Here are the four places that made us feel like we were livin' on the edge back in 2007:

1. Bar 908, New Bedford:  Downtown's most renown dance club and also everyone's guilty pleasure. The floor got pretty crowded and before you knew it you were caught up in someone else's bump n' grind sesh panicking for a friend to throw you a lifeline. The girls could be a bit scary but if you rolled 5+ people deep, it wasn't so bad. (PS- it IS re-opening but as a sports bar... so you can kind of go back but not really.)

2. The Regatta, Fall River:  The waterfront version of Bar 908 with SO MUCH DANCE FLOOR we couldn't stand it. By the end of the night the floor, the bar, and the people you were with were all sticky from spilled drinks. As long as you did NOT look at someone else's man, no matter how accidental the glance, you were okay. 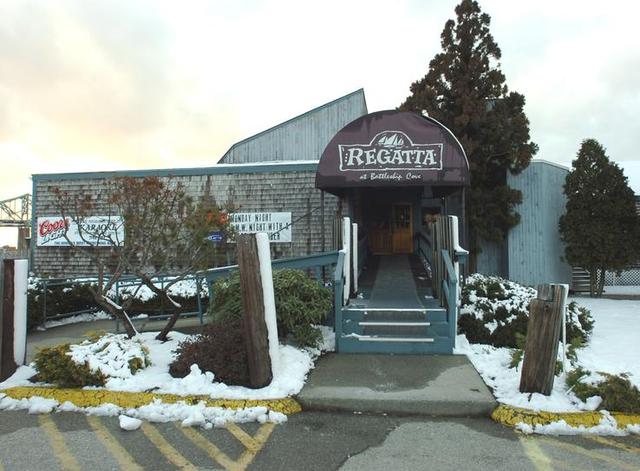 3. Jake's Saloon, Fall River:  HANDS DOWN one of our most favorite place to suddenly end up, mostly because we were totally naive, of course.  Here's what we loved: the elevated DJ booth, the wall-to-wall mirrors, and the leather couch lounge area. Did we know the dude we were dancing with just put his ring in his back pocket? NOPE. Was his wife ready to make sure we know what was up? YEP.  We never stayed until last call just in case she was waiting for us outside.

4. Stinky Pete's, Westport: Hey y'all; from what we can remember, this was a rough and tumble crowd who wasn't into us hijacking the jukebox to play Friends in Low Places 800 times. This was the Church of Gretchen Wilson and they were NOT tolerating our heavy black eyeliner and fake Uggs. These ladies were takin' off their earnings the moment we looked at them. We never stayed long enough to see if their bark matched their bite.

One by one, our favorite-but-iffy places became distant memories. Luckily, MTV launched its now infamous Jersey Shore and we could see how ridiculous this lifestyle was and gave it up all together.  While we may have outgrown you, we still think of you fondly whilst singing  "apple bottom jeans, boots with the furrr".